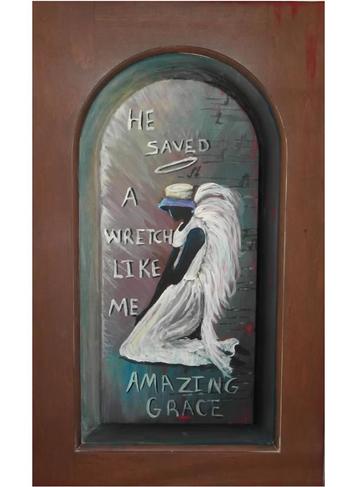 “The Arts” - Culture and Heritage”

Our “Faith is who we are, it sustains us, rebuilds us, and our communities”. Art and Faith are our major tools!

Our ancestors in Africa were in tune – spiritually to their world and universe. Tribal music of 400 years ago differed in one respect from the music of European and white American music. There was no secular music. Secular music did not exist. All African music was naturally sacred and the concept of singing sacred music was alien to them. My African ancestors used music and song to satisfy the basic functions in their lives, religion, agriculture and sexual fertility, hunting and war. Sounds familiar! In this regards, African music had more in common with the Native American music than European music, because songs were used as a means to be in harmony with nature and the universe.

Music was the most powerful tool the African slave had to keep its culture alive. Slave owners recognized this and forbid slaves to use traditional African instruments and songs during celebrations and gatherings. The banjo and drum were forbidden. In an attempt to control the spirit of the huge slave population, slave master introduced them to sacred music and edited versions of the bible. Through worship, a new and empowered being was created spiritually. Slaves quickly learned a new method of channeling and incorporated their tradition and beliefs around the platform of European sacred music. At last, they were able to communicate under the guise of praise. They held camp meeting and redeveloped their spiritual tribal connection to one another and from one plantation tribe to another. A new tribe was created through praise and worship.

From praise and music, other forms of communications were developed around their daily lives. Knowledge about free states and safe havens were passed from one slave to another by how a quilt was hung on the line, or a row was hoed, or a buggy was parked. Signed unknown by the masters, but understood by the slaves. And masters allowed, them to have their own preachers and praise and worship service; their world and America would never be the same. The discovery of the power of tribal music and sacred music, allowed slaves to gain acceptance into American society.

Gospel, meaning "good news," derived its name from it close connection with the gospels (books in the New Testament). As we look at the common themes in the gospels of St. Matthew, St. Mark, St. Luke, and St. John, we find many references to God’s goodness and mercy. At its most basic level, gospel music is sacred music. It is a unique phenomenon of Americana, beginning at the end of the nineteenth century. It is folk music, and is heavily influenced by secular music.

In order to reach the widest possible audience, there are no "style" restrictions on gospel music; only the theme remains constant. Gospel traditionally utilizes repetition to hone its message; a carryover from the time when many post-Reconstruction blacks were unable to read. The repetition of the words allowed those who could not read the opportunity to participate in worship. Gospel music over the centuries has ministered to the downtrodden and disenfranchised. To sing about a God who comes in the nick of time to deliver his people from uncomfortable circumstances is a consistent theme, which has been at the core of gospel music. This music has been enjoyed for many decades and it continues to grow in its variety and sound.

Gospel music has a history which can be traced to the 18th century. During this time, hymns were lined and repeated in a call and response fashion and the Negro spirituals and work songs came on the scene. Because the enslaved Africans attended their masters’ worship services, the seventeenth century influences on Negro spirituals and work songs were traditional hymns the enslaved Africans heard in worship. Worship services served several purposes; not only were they a means by which the Africans could be monitored, but they also served as a reinforcement of the slavery indoctrination. Quite often readings were from the writings of Paul and centered around the message of good servants and loving, obeying, and trusting one’s master. During slavery, it was illegal for more than a handful of blacks to congregate without supervision. This meant that the blacks were not free to worship on their own they had to attend worship services with their master. At these worship services, the slaves would grow closer in their understanding of Christian doctrine and role that music played in that experience. The worship music (hymns) of the masters became the backdrop for the music the enslaved Africans would use at their eventual worship meetings.

The unlawfulness of the blacks congregating did not keep them from secretly holding "campground" meetings. These meetings were typically held at a distance from the main house to assure discretion and avoid possible punishment. It was during these such meetings that "newer" renditions of traditional hymns were developed. In the midst of their dismal situation, the enslaved creations were of spiritual beauty and displayed a keen awareness of their understanding of God and His importance to His people, no matter their situation.

As we listen to gospel music today, with its sometimes down-trodden themes, it continues to be curious how such beauty and richness can emanate from troubled times.

In the tradition of the black church, call and response in singing and in speaking has been and continues to be a foundation on which the gospel is delivered. Through this participatory delivery system beliefs are reinforced. There is an expectation that when there is agreement with either the spoken word or song because of either its content or its contexts that verbal affirmation will be given. Those who are witnessing, speaking, or singing are encouraged by the responses and those who are about to experience issues are empowered to be victorious.

Gospel music can stir many different emotions. The audience for this spiritually moving idiom continues to grow as do the types of venues where it can be heard. No longer bound to the walls of the American church, gospel music captures the creative and spiritual imaginations of increasing numbers of international audiences. For gospel singers and listeners, making a joyful noise unto the Lord is what the music is about and it invites the participation of all to come together, honor the past, look forward to the future, and through song, renew our faith. 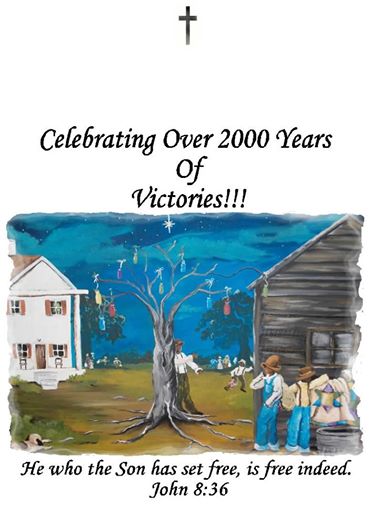 Black Religious Art consists of images of African Americans Christians that are not scared to show their faith, who they believe in nor to publicly express their gratitude for the Heavenly Father.  These art paintings, sculptures, drawings, prints, and craft figurines, feature Biblical scriptures and other spiritual and inspirational themes.  Black Religious and Faith-based Art inspire and serves as a spiritual testimony of ones’ faith and serves the emotional needs of the community of faith as well as those seeking to improve themselves and strengthen their faith.  The Art of Faith Program serves as a tool to inspire, motivate and refocus.
The ‘Art of Faith’ Network focuses on the faith and spiritual culture and history of people of African Descent, with and emphasis traditional stories being depicted in paint, music, song and dance. The program has proved itself as very successful and has allowed community re-developers to take hold and renew interest in historic disadvantaged communities, with the support of talented painters and performing artists. The Art of Faith Program is not Black Art, it is a spiritual movement, to showcase a people of dignity and neighborhoods that are a part of us. Only through the arts, can the spiritual moment and importance of a culture be recreated and conveyed to another culture.

The Faith Communities Arts Program members share their knowledge and resources to assist in ultimate goal, being, to create artistic images and performances that will cause a nation to think and consider redeveloping Forgotten Communities and support the People of Faith and the cultural treasures for future generations.