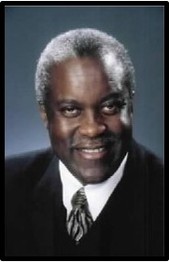 Rev. , Dr., Eugene Franklin President
​
Eugene Franklin is the author of the Pan African American Cultural Heritage Initiative and the architect and organizer of the Pan African Cultural Heritage Alliance, anchored by the Pan African Cultural Heritage Institute, Inc., the National Cultural Heritage Tourism Center, and the National Asset Building Coalition, Inc; with the National Black Business Support Corporation serving as the Alliances, Fiduciary Agent. Franklin also serves as the President of the Florida Black Chamber of Commerce, Inc. Gene is known internationally as a driving force behind the Pan African American cultural economic development movement. His efforts include the creation and development of cultural programs and infrastructure models that benefit disadvantaged and underserved historic communities. His latest endeavor includes the development of a marketing and promotional e’ commerce network that will promote the culture, history, communities, businesses, and destinations of the People of African Descent, in support of cultural heritage tourism and travel. Additionally, Franklin is an advocate for the arts, and also, teaches on the cultural economics impact of the historic ‘Green Book’.

Eugene was born August 19, 1948, in Ethel, Louisiana and moved to New Orleans in 1953. Gene attended grade school and high school in Metairie, Louisiana. To serve his country and further his educational dreams, Gene enlisted in the United States Navy in 1969, and served a total of 27 years on active duty. Gene retired 1996 in Pensacola, Florida after serving his command tour as Officer-in-Charge of Naval Air Training Management Support Activity at the Naval Air Station Pensacola, Florida, with the rank of Lieutenant Commander. After the military, Gene founded Franklin Mortgage & Investment Company and worked in the industry for approximately ten years.

Gene Franklin currently serves on the Board of Directors for the National Black Chamber of Commerce, Inc. Washington, D.C., the Florida Institute for Human and Machine Cognition, and serves as Chairman of the Board for the National Black Business Support Corporation. He supports his local community by his service as a board member for Pensacola Habitat for Humanity, the Escambia County Health Facilities Authority, and Every Child a Reader in Escambia. Gene previously served as a board member for the Pensacola Area Chamber of Commerce, the Gulf Coast African American Chamber of Commerce, the Small Business Administration - Northern Florida Region Advisory Board, and a host of local and state boards and committees.

​As the President of the Florida Black Chamber, he works closely with over twenty local chambers and in partnership with the Florida Chamber of Commerce and Visit Florida. His many awards include being named as one of Florida’s Most Influential People in 2004 and as One of Florida's Most 500 Influential Business Leaders in 2018 by Florida Trend Magazine. His other awards are too many to mention. Gene Franklin is also an ordained minister and serves as an associate minister for a local church and as the lead evangelist of a growing community-based ministry. His thirst for knowledge and service continues………! 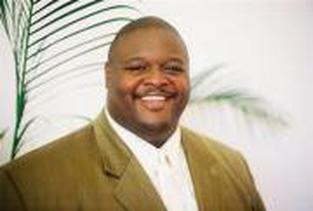 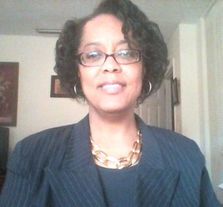 Rev/Dr. Arbutas Washington
​As an ordained Minister and Elder, Rev/Dr. Arbutas Washington is an avid believer in community service and assisting those in need by using every resource available to help others reach a sense of stability.  Arbutas understands homelessness, abuse, financial hardship, hopelessness, incarceration, and despair due to either personal or secondary experiences.  Her faith in a Mighty God is the creator of her resilience and determination.  She has graduated from believing that GOD is real, to KNOWING that GOD is real as an undeniable fact.  Every one of her paths, encounters, and situations produced testimonies of faith and miracles.  Because Arbutas is a Mother (first and foremost), there were times that a regular job was insufficient or simple not available.  However, due to growing up with Grand Parents, and Great Uncles and Aunts that believed in creating a job when one did not exist, she adopted that same attitude.  She is presently working on developing a program to teach ex-offenders and others the skills of entrepreneurship so that they will cease to beg for the crumbs that fall from the master’s table and become the Master from which the crumbs fall.

Dr. Washington is the President and Director of Help from the Sanctuary, Inc. (a charitable organization) and the author of The Making of Me and Help from the Sanctuary.  She has owned other businesses that included Arbutas Auto Sales (e.g., sold used cars), Arbutas A. Dawson Agency (e.g., both as an independent and through Allstate), Notary Public, and as an independent Seamstress.  She has 28 years of experience in the financial services industry as an agent, agency owner, and a financial advisor with skills in budgeting, finance, marketing, and Investing.  She also holds certifications in Mental Health First Aid, Assisted Living, and Faith-Based Clinical Counseling.

Dr. Washington received a Bachelor’s degree from the University of Southern Mississippi in Computer Science while minoring in Business Administration.  She received a Master’s degree from Gulf Coast College and Seminary where she majored in Christian Counseling and a PhD in Ministry from Florida State Seminary.  Dr. Washington also holds a Master’s degree in Psychology with a specialization in Crisis Management and Response and is currently in the PhD program of Health and Human Services specializing in Crisis, Disaster, and Management at Walden University.

Dr. Washington’ work experience ranges from working on an assembly line to owning businesses.  Some of that experience includes clerical and clerk work, substitute teaching, customer service and support manager, mental health case manager, and motivational speaker. She is a firm believer that working hard at whatever you do is a success within itself.   Dr. Washington also holds an active memberships in the Golden Key International Honor Society through graduate studies and Psi Chi International Honor Society in Psychology.  With all of that said, Dr. Washington’s greatest joys are her children, grandchildren, and quilting as she volunteers for Sew for Hope in Tallahassee where quilts are made to benefit homeless children. 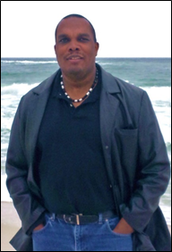 Erik O’Neal – Heritage Artist
Director, Art & Entertainment Network
Erik O’Neal took his first formal lesson at the Art Institute of Chicago. He later went on to study art at Southern University where he earned a Bachelor of Arts Degree. Erik joined the Art Libraries Society of North America (ARLIS) in 2012. He also is a member of the Louisiana Art and Artists’ Guild and the Art Council of New Orleans. Erik was part of the Art Council of New Orleans’ 2012 class of “ Artist as Entrepreneurs”.

Erik primarily works with pastels and oils. “Impressionistic realism is how I describe my work. My goal is to bring a sense of intensity to my work and invoke passion within the viewer. I want to recreate the moment”.

Erik has exhibited his work across the country, including  the East Baton Rouge Parish Library system multiple times. He has twice been selected to participate in the Great Gulf Coast Arts Festival (2009, 2012). Erik  was a featured artist for the Gumbo Gallery in Pensacola, Florida  for the month of June 2013.  He is a gifted artist and historian and adept at teaching and conducting seminars and art events.

Quote: “I’ve been creating art for as long as I can remember. I cannot imagine not doing it. Wherever I go, whomever I meet could be an inspiration for my next painting. Art is in all of us, it’s all around us.”